"Single in My City" Series: On Location in Hong Kong with K from Blog Goggles!

In this Wednesday’s SIMC blogisode, we have the wonderful:
K from Blog Goggles,on location in Hong Kong!

As some of you know, I’ve been living in Hong Kong for over a year now (though I’m an American through and through). During this time, I’ve not only been diligently following Midtown Girl’s “Single in my City” series, but I’ve also been exploring the HK social scene [full disclosure: I do have a boyfriend, but all my friends are single and I’m a flirt]. I just had to share my experiences in international dating, and am so happy she allowed me to join in!
Hong Kong harbor at Chinese New Year 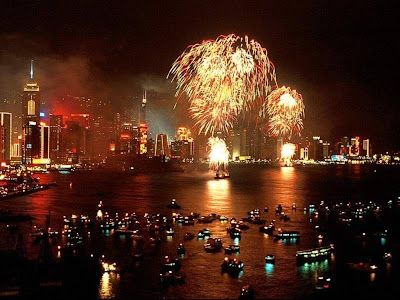 Is there a specific “type” that runs rampant in your city? How would you describe the ‘dating scene’ in your city?

I wanted to combine these questions because they address the main issue with Hong Kong’s dating scene – it’s awful reputation (at least for the ladies). HK is an extremely bipolar city, teeming with well-salaried expats and a much larger local population. Most of the expats are men, sent over for work. Though you’d think the gender imbalance would favor the ladies (much as NY’s huge female population favors the lads), the overwhelming stereotype is that foreign men come to Hong Kong and only date local women or their domestic helpers. Or they avoid the hassle of dating and simply visit the many, many professionals.
After a year in Hong Kong, it’s clear that this stereotype is some what rooted in truth (especially amongst the older men). However, in the past few months, my friends and I have discovered a dating goldmine and have been fighting off men with a stick (no, this is not an infomercial). The goldmine is a result of a single discovery: that going to the right places makes all the difference.
Until recently, we didn’t realize that each bar/event attracted a specific crowd of men (e.g. men looking for locals vs. men looking for foreigners). We just went wherever the drinks were tastiest or the music the danciest. By simply targeting the bars known for being foreigner-friendly, our luck has increased 10x. And once you find the right crowd of men, it’s clear that there’s a huge dearth of single, foreign women in Hong Kong, because we could literally line up dates every night of the week. Bonus: many of them have really hot accents.

Once you find the available and willing men, it’s merely a process of finding the right one. On the plus side, most guys are pretty friendly and social, with busy schedules and friends of their own that tend to enhance your social life. In addition, many make pretty good salaries (it costs a lot for a company to move someone here, so most tend to be high-ranking/important). However, one significant minus is that commitment-phobia runs high in this town. Why else would you move to a new continent by yourself if you weren’t content being alone and not interested in settling down? And, like LA for Liz, there’s the constant problem of having too many options!

What sort of guys do you try to avoid like the plague?

Too many: men that only date locals, anyone whose English isn’t up to par (mostly French guys), anyone whose pants are too tight. 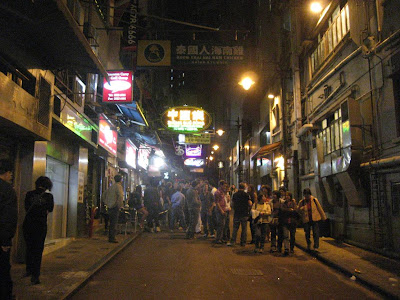 Have you in the past or are you currently, online-dating?
I haven’t! Unfortunately, I’ve been in relationships ever since online dating became popular. I would love to try it, but doubt my boyfriend would be too keen.
What are some of your favorite date spots to go to for dinner/cocktails or both (yay!)?
Hong Kong is full of great date spots. Because it’s a small, mountainous island surrounded by water, the views are gorgeous, especially at night! In particular, I’m crazy for rooftop bars like Sevva and Azure. There’s also a huge boat culture, which I wholeheartedly endorse. And then there’s the beach, mere minutes away on the south side of the island. Of course, if none of this appeals, you can always jet off for a weekend trip to Bali!
What is your staple go-to date outfit? Pics please!
Always skirts or dresses (though this is partially because it’s too hot for pants in Hong Kong). Comfy heels or flats. And generally a cardigan, because restaurants are freezing and I’d rather not have to whine about the temperature.

This is a pic from a recent date. We couldn’t find a taxi home, so I sat on one until we did. Yes, taxis are red here. 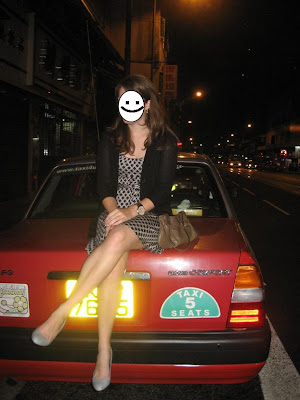 What would you consider to be the most romantic attribute of your city?
Almost everyone in Hong Kong is very far away from home, so anything that happens here seems both unreal and exciting. Living here is sort of like an extended vacation. 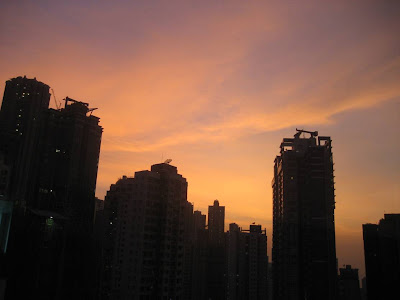 Thanks again for having me, Midtown Girl! I highly recommend HK for any young single gals who aren’t afraid of a challenge.
xoxo,
K
Wow, I hope to one day visit the ‘Far East Coast’ Hong Kong (and Bali) too. And…how insightful & detailed (not to mention gorgeous) is K?!?!
Thank you so much for giving us the inside view of the Hong Kong dating scene!!!

p.s. – make sure to check back every Wednesday for another blogisode of my “Single in My City” Series! p.p.s. – Reminder, please feel free to email me if you are interested in participating in SIMC, only 2 requirements: 1) Be Single & 2) Live in a City (Worldwide)! XOXO

"Single in My City" Series: In Miami with Sasha!

"Single in My City": In the Valley with Ali!

"Single in My City" Series: In Boston with Jaime!

20 thoughts on “"Single in My City" Series: On Location in Hong Kong with K from Blog Goggles!”