Ask MG: “What Does This Text Mean?” 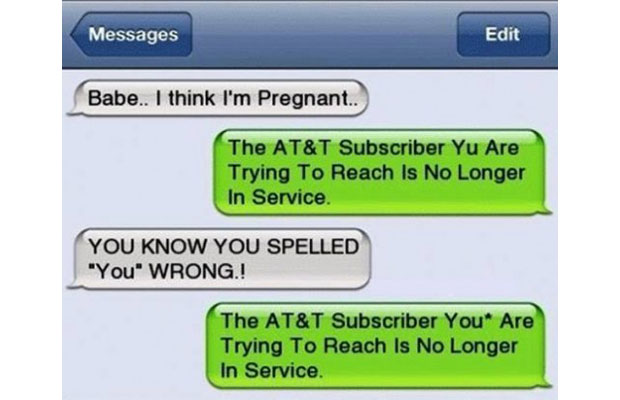 I feel sick. My bf was over the other night. I asked him to move in with me since we’ve been fighting for the past few weeks now and I thought this would make us get closer. He left that eve and then texted me with this…

“I love you but I think moving in right now is not a good idea. I need some time to think. Can I get back to you?”

What does this text mean? Is he breaking up with me? I’m confused and upset MG. This sucks….

Ok doll, this is what his text means…HE NEEDS TIME TO THINK.

That’s it. That is all his text means. Sometimes we over think everything a guy says but really they are just telling us what they want to do. He isn’t lying, he really needs time to think.

A few years ago, I was dating a guy and asked him where we were going in our relationship. I wanted to take things more seriously and wasn’t sure what he wanted to do. He said “can I think about this over the weekend and call you next week?”. I was hurt but I told him ok. He called me exactly when he told me he would and told me he “wasn’t ready for a serious relationship”.

What that really meant was that I wasn’t “the one” for him and that’s ok.

Wait for him to get back to you before you drive yourself crazy and give him the time that he needs. You will get the most honest answer that way.

Dahlings, feel free to email me your Ask MG questions or leave them in the comments below. <3