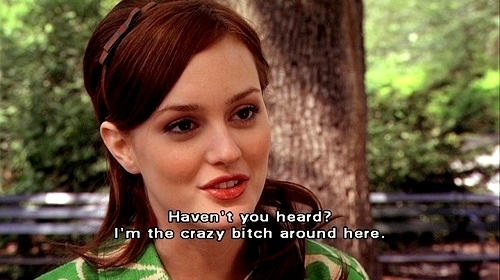 source
Sooo…remember the date I had last wknd with that jerkface? Remember how he described his last 2 ex’s as “Psychos“?? And – you know how I always say, guys who call their ex’s psycho, usually have something wrong with them??

The Truth About His ”Crazy Ex”
By Matt Titus <—yes, this is written by a GUY!!
I was waiting for a friend at a restaurant when a beautiful woman asked if she could join me. She sat down and said, “You don’t remember me, do you, Matt?” She looked familiar, but before I could respond, she said, “It’s Belinda, from Philadelphia.” Um, Belinda (not her real name), as in the craziest ex-girlfriend ever? I scanned her body for hidden weapons. You see, even guys who race motorcycles and laugh at Saw VI want to run to Mama when faced with a psycho ex.
Sudden Amnesia
I thought I had blocked out the bad memories in the seven years since our split, but the flashbacks began immediately. There was Belinda threatening to jump out of the car if I didn’t let her listen to my voice mail. Belinda accusing me of sleeping with the coworker I was having lunch with. And how could I forget Belinda parking outside my apartment and watching me walk by with another date? I was ripped back to reality when she said, “Matt, I’m sure a lot has changed since you used to hide your phone, sleep with coworkers, and double-book your Friday nights.” I smiled nervously as we exchanged niceties. 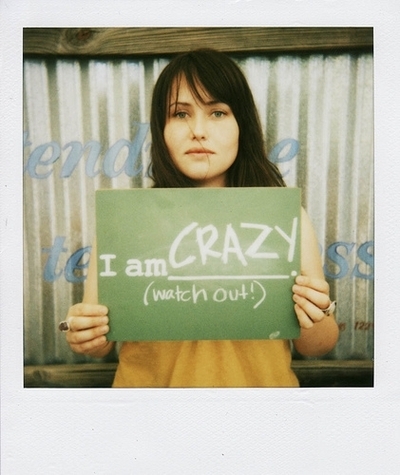 source
After she left, I questioned my memory of our two-year relationship. Come to think of it, I did talk to other girls when I was seeing Belinda. I, uh, also had affairs toward the end, trying out new girlfriends on Friday nights before going to her place. Then it hit me:
Her craziness began after I started treating her terribly. Yes x 100!!!
The Blame Game
It’s tough to face, but the truth is, most men use the term crazy to describe an ex in order to cast ourselves as the victim rather than admit to being the villain in a past relationship. It’s hard to find fault in our dating behavior because that might lead us to more troubling realizations about how we need to improve as people. It’s a lot easier to reassign the guilt and start looking for the next love of our life.
And when we do find a keeper, the crazy ex-girlfriend is a fictional character that helps us get your complete allegiance. By claiming that women in our past have wronged us, we hope you’ll want to make up for our heinous experiences by showing us how a great guy should be treated — preferably with mind-blowing sex.
If your man starts talking about his crazy ex, keep this in mind: Most women don’t go nuts for no reason (thank you!), and details tend to be blown out of proportion. When he says something like “She called me 20 times in one night,” she really called only three times in a week when he vanished after saying “I love you.” Drama-kings
To get the real story on his past loves, believe half of what you hear and all of what you see.
Focus on how he treats you — specifically, whether he takes your needs and concerns seriously or shrugs them off. If it’s the latter, you could end up being his next psycho ex.

Well there it is, dahlings!

What are your thoughts on a guy who calls their ex “psycho” or “crazy”???

p.s. – If you haven’t already, please don’t forget to add your fabulush self to my Google Friend Connect Widget and RSS feed for MG! XOXO

13 Comments on “Cosmo Time: Guys Who Call Their Ex’s “Psycho””