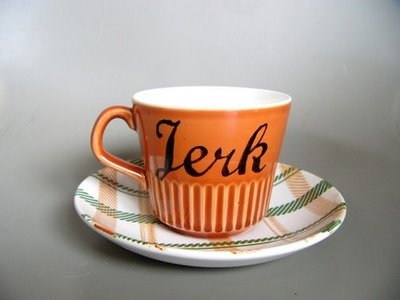 So….a few weeks ago, after chatting back & forth with an online match for a while, we decided to make plans to meet IRL for cocktails at a lovely bar/resty on 61st & Lexington.

Said gent was a few years older than me, worked in data forensics (still have no idea WTF that is exactly) and lived in CT.

Phone convo went fine, except that eve he was dog-sitting for a friend and the dog was barking incessantly…

ME: “He sounds really upset. What type of dog is it? He sounds enormous from the bark.”

Anywho, we met at resty the next eve and things seemed to go fine. He actually looked liked his pic (attractive) and convo was moving along quite seamlessly.  Then, as I ordered a delish prosecco & grapefruit cocktail, convo turned to dogs…

ME: “Do you have one of the Chihuahua? (He shows me around 5 pics of said dog on his iPhone) Wow. You really like this dog!”

ME: “Oh ok.  Just curious, is this an Ex or just a neighbor?

OH. ICK. This was the beginning of the end, but on the way to closing credits, jerkface happened to throw in some tidbits of info.

Some highlights for you dahlings and reasons why the date didn’t last long enough to garner a full Character Breakdown post:

TMI: Without Saying a Word…