I recently ended a 10 year relationship. After our break-up, my ex immediately moved in with the woman he had cheated on me with. I know for a fact that he is seeing/sleeping with other women (our town is small). While I could care less about his current girlfriend, I want to warn other women who may be duped into thinking he is an honest man by listing him on a cheating website. My friends think it’s a good idea, but my family thinks I’m going too far. What do you think? 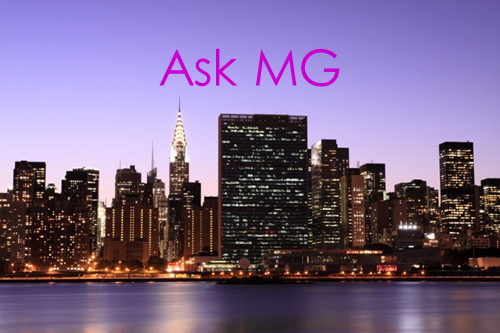 I feel your frustration, doll. A few years ago, I met a girlfriend for a catch-up sesh at her fiance’s posh Park Avenue apartment. Her life seemed fabulush x 100. She poured us some wine and then dropped a bombshell…

Before her fiance went away on a “business trip”, he came clean with her about having an affair with a much younger woman in Europe (of course, where he frequented for business). He made a deposit into her account to “help her move on” and wanted her out of his apartment before he came back from his trip. Nice guy, right?

She later googled his name and found out he was listed on a cheaters website with over a dozen women reporting his infidelities. She was floored. I remembered her telling me “Amy, make sure you google the guys you date”…(p.s – I never did).

While what your ex did exemplified supreme douchery, he’s not part of your life anymore (thank goodness). I know it might seem worthwhile to report your ex on his cheating ways, but sometimes the best way of moving forward is to move on and up.

P.S. – About that current girlfriend he moved in with…one word – KARMA.

Dahlings, feel free to email me your Ask MG questions or leave them in the comments below. <3

Ask MG: “How Do I Know If My Boyfriend Is Cheating?”