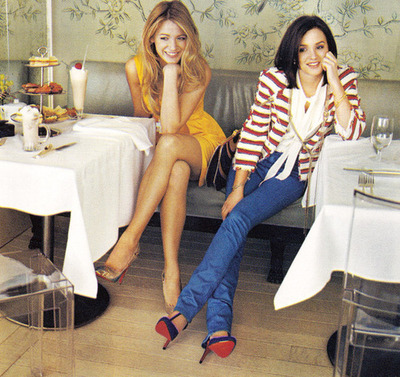 A few nights ago, in an epi of Real Housewives of NYC, Bethanny & ‘the Countess’ were catching up – a.k.a arguing – in a Hampton’s resty.

Apparently, LuAnn was upset about this one particular time when Bethanny told Ramona that she “had to pay for LuAnn” while out on the beach (partaking in some water activity), to which B had invited LuAnn.

According to LuAnn’s rules of etiquette, since Bethanny had “invited” her, it was Bethanny’s responsibility to pay.

B then responded, ‘So everytime I invite you, I have to pay?” To which statement, LuAnn pretty much affirmed.

Are u effing kidding me? That’s b.s.

I spoke to a gf (whose hometown is L.A.) about this, bc I have never heard of such practice –

ME: “LOL. Anywho, LuAnn said that if you are invited by a friend to dinner/cocktails/event, the friend who extends the invitation is the one who is responsible for paying.”

SHE: “Bc that’s common practice in Lalaland. Drives me nutz.”

I love my gf’s but if I had to pay everytime we went out… I prob wouldn’t make plans as often as I do (which I mostly do, since I love spending time with my chickies).

Dahlings – what are your opinions on this???

Rant: Toxic Friend of a Friend.

11 Comments on “Friend-iquette: To Pay or Not To Pay?”