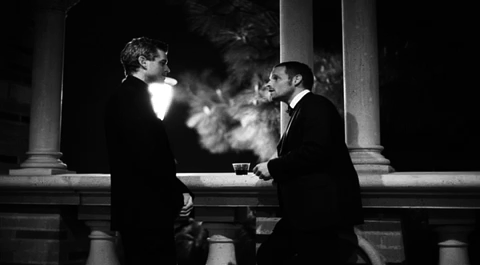 I’m a HUGE fan of Patti Stanger’s Millionaire Matchmaker show on Bravo. I’m not necessarily saying I want to be with a millionaire, I’m just saying I love the show (is that ok?).

Anywho, I thought this article from Cosmo is pretty timely considering Patti will be filming the next season of MM in NYC (wonder if I will run into her taping a segment here-squee!)…

Landing a loaded guy has long been a fantasy for some females. In fact, your own mother may have even quipped that it’s just as easy to fall for a wealthy man as it is a poor one. And high-income dudes (those earning $104,000 and up, as defined by the Tax Foundation Group in Washington, DC) are on our radar even more thanks to such shows as The Hills, Gossip Girl, and The Millionaire Matchmaker.

Plus, statistically, they’re on the rise. According to the 2007 Wealth Report, there are more richies in the world than ever: 9.5 million people are earning at least $1 million annually, and 94,970 are pulling in at least $30 million each year. Here, the lowdown on boys with mad bank.

In the past, you would expect ambitious moneymakers to be MBA holders firmly entrenched in the financial world. “These days, though many young guys work for big-risk, big-reward hedge funds, more and more are successfully combining their creativity with their technological savvy,” says Haitao Li, PhD, professor of finance at the University of Michigan. Here are some high-profile wealthy Web entrepreneurs.

You’ll Find Them at Hotel Bars and Upscale Steak Houses

“When rich guys travel, they stay at posh hotels because they expect the best of everything,” says Janis Spindel, matchmaker for wealthy professionals. And at dinner, they don’t settle for anything less than grade-A beef, so four-star steak houses are prime ground for high-powered business types. Before sitting down to rack up the bill (on the company expense account, of course), they’ll probably hit the bar first.

They Live in Some Surprising Places

The research firm Teasley ranked the following United States cities as having the best ratio of rich, single men to women.

They Have Gold-Digger Radar

Most people want to be loved for who they are, not what they do. And that includes wealthy men. “Gold diggers do not give off a cute vibe,” says one successful 27-year-old investment banker. “They feign interest in your profession, only hang around when you’re headed to the most exclusive restaurant or club, and then often invite nine of their closest friends to tag along.”

They Feel Entitled to Arm Candy…

Yeah, it may sound shallow, but according to Donna Spangler, author of How to Get a Rich Man, cashed-up guys think they deserve to be with trophy women, or women they deem prizeworthy. Says Spangler: “They want you to be extremely beautiful, be able to plan social schedules, and have good manners.”

…But They Don’t Want to Marry a Dummy Either

Eighty-nine percent of high-achieving (and presumably high-earning) men report that they marry or would like to marry a woman who is just as or more intelligent than they are, says Christine Whelan, PhD, author of Why Smart Men Marry Smart Women. Also, 92 percent of men who describe themselves as “successful” or “very successful” say they are more attracted to women who are also kicking ass in their careers. Go you.

Blond is reputed to be the sexiest hair color, but according to a survey by Lycos, 62 percent of the world’s top 100 billionaires’ wives and girlfriends are brunettes. What’s still unclear: whether these rich men seek out darker-haired women or if there are just more of them out there (fair hair is rarer).

They Pony Up, So to Speak

Polo Ralph Lauren is the brand most likely to be purchased by wealthy male shoppers when buying goodies for themselves. The rest of the list includes Calvin Klein, Armani, Coach, and Burberry.

Just curious, I wonder what fascinating facts there are for…Rich Women?

What do you get a guyfriend for his birthday?