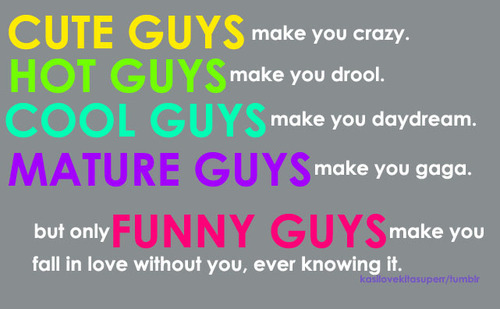 You know why??? Because only GUYS know what the hell GUYS think. Like what they really mean when they say “let’s hang out” instead of  “I’d love to take you to dinner”.

In my early bloggy days, I virtually met a male blogger who often gave me advice via comments on my dating posts. I deemed him Midtown Boy bc he was the 1st guy who ever commented on MG back in 2008. Midtown Boy has since been giving me valuable advice, many times via text/gchat and many times after I had a date and wanted to know what the real deal was with the guy.

Here is a recent gchat convo with MB, which will show you dolls the reason why I heart him for always being there when I need him & why guy friends tell it how it is….

Me:  So, remember that guy I had a date with last week?

Me:  We met for cocktails & spoke for almost 4 hrs! He called me the next day and we spoke for such a long time. We’re supposed to meet up later this week…

Me: Yes I do. He’s not my normal “type” so I think it’s interesting.

Midtown Boy:  Just go with it and try not to analyze it.

Me:  I know my gf says I do this all the time lol.

Midtown Boy:  He definitely is into you.

Me:  Yea that’s what I think, bc he kept looking at me with that ‘look’. We met at my gf’s wedding, not online so it’s a refreshing change.

Midtown Boy:  Remember that I said that would happen.

Midtown Boy:  I said that you would probably end up meeting someone who was NOT on a dating site. That the dating sites were hard to trust people. Really, just don’t question or analyze anything.  Just have fun and let him pursue you.

Me:  You’re right as usual. It’s just super funny how this happened. I will keep u updated of course.

Me:  Thank u for always getting back to me when I text you, I really appreciate it – btw how is everything with your girlfriend?

Midtown Boy:  Everything is wonderful.  Marriage is a plan, but not for a while. I got my life back after meeting her.

Me:  You deserve it

Midtown Boy:  Now when you are in love and a happy couple then we can laugh about all of this.

Me:  LOL. Not going to happen, but I’m ok with that. Some people were meant to be single; I think I am one of them!!!

Me:  If I’m still single at 44, I will prob act like a haggard witch. Or a haggard BITCH. Either/or…lol.

Midtown Boy:  Oh, I think you will be fine.

Me:  I guess I just have to let things happen, right! I am sure I will be fine….I will look at you as inspiration.

Midtown Boy:  I think that you have trust issues and are afraid to give your heart to someone for fear of getting hurt again.

Me:  I don’t know what guys want, so I get confused when they are interested in me bc sometimes guys play games, especially online. I think online dating has somewhat screwed with my head.

Me:  Aww, I heart you tons for saying that.

Midtown Boy:  Make them pursue and call and text.

Me:  I think I’ll try your advice from now on…I have done so for the last 2 and they call me non-stop…only thing is I’m not interested in them.

Midtown Boy:  Just walk the walk and guys will chase you.

Me:  You totally made my day, seriously…I can’t thank you enough. I feel like copying and pasting this message…

Me:  Lots of girls do not have great guy friends like u who can give awesome advice.

Midtown Boy:  It is funny because guys always think that women are in control.

Midtown Boy:  Oh Yea!! Guys always feel that they have to win the woman over. If there is no element of chase or struggle then a guy will wonder why it was so easy & then he will feel like he is in control and that is when a guy becomes a douche.

Me:  What female actions, for example, makes a guy think he has control?

Midtown Boy:  If a woman were to call or text and wonder where a guy is all the time or acts jealous when they first meet a guy.

Me:  Gotcha. And how long does this chase have to last? When does it run its course and finally become just about the 2 people?

Midtown Boy:  Like if you find a guy you like, sometimes if he tries to make plans, act like you are not sure if you can because you had something else to do. The chase lasts until real trust and feelings start to develop. If a woman is always available then a guy will feel like she has no other interests but him. I know that when I was younger and dating that women always seemed to have guy friends that they talked about.  I wonder if they were real friends or just jealousy tools…

Me:  Hmm…good point! But I don’t have a lot of guy friends just you.

Midtown Boy:  I guess what I am saying is that if this guy thinks that you are being pursued by others then he will step up his game.

Midtown Boy:  If he thinks that you are so into him that he is in like flint, then he will do as he pleases. You don’t have to be dating, but you can make him wonder. Tell him that you have a call, but don’t tell him who it is, that kind of thing.

Me:  U think? Bc this guy is not a douche type, he’s pretty cool. Plus if he did that I would not like it at all. Dating is so complicated why?

Midtown Boy:  Well, you have to judge for yourself, but if he starts to get the attitude that he is in control then you can do that.

Midtown Boy:  Basic rule of life….people always want what they feel like they can’t have.

Ask MG: My Boyfriend Broke Up With Me But Wants To Stay Friends, Should I?

Ask MG Dating Advice: “When Should I Give My Number To An Online Match?”

Dating Advice: “I’m Over Being Single During the Holidays…”
Share Now: