I was really shocked to read this article in nydailynews.com that said New York came in last in a happiness statistic!

I mean, don’t get me wrong…I do NOT love being single. BUT –
I DO love New York. Yes, we’ve been in love for many years now.

In fact, in the article, most of the people interviewed felt the same way I did…so who were they interviewing for the statistical data? 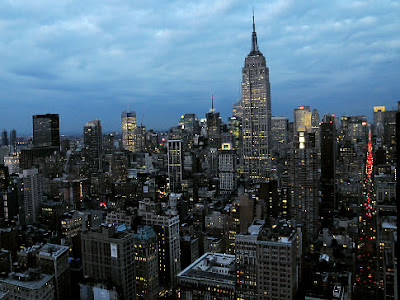 A new study declares residents of the Empire State rank dead last in happiness among the 50 states – with warm-weather spots boasting the most satisfied citizens.

The results were – no surprise – greeted unhappily by New Yorkers, who insisted Friday they were upbeat despite a wintry afternoon.

“We’re the happiest people in the nation,” said Roman Khan, 34, a clothing manufacturer from Brooklyn. “This is the place to be.

“We have all colors and cultures in one state. New York is happiness 2-4/7.”

The authors of the study, published Friday in the journal Science, didn’t see it that way.

The rankings were based on an annual nationwide survey of 1.3million people by the Centers for Disease Control and Prevention.

The participants were asked, among other questions, how satisfied they were with their lives.

A pair of economists then compared the results compiled between 2005 and 2008 with other data covering quality-of-life issues – including taxes, crime, commuting and cost of living.

New York emerged as sadder than the rest, just behind Michigan and its 14.7% unemployment rate. The nation’s most populous state, California, rated No. 46.

Cheyenne Smith, 48, and his wife, Alvalyn, of Queens weren’t ready to abandon New York for anyplace else – or to give up their wide holiday smiles.

“Unhappy New Yorkers? You met the two wrong people,” said Cheyenne Smith, wearing an elf hat with a snowman pin. “We may not show it, we may not talk about it, but we’re happy. (thank you doll!)

“We have an image to uphold – we’re tough,” he continued. “But really we’re soft on the inside.”

“It’s a great city,” the 47-year-old accountant said. “I have no idea why they’re complaining.” (Yea, me neither- if you’re unhappy then get the hell out, dammit!)

Some New Yorkers did echo the study’s gloomy outlook.

“The economy’s bad,” said Kelvin Johnson, 48, a part-time package handler from Brooklyn. “There are no jobs. The cost of living in New York is like nowhere else.”

p.s. Happy Birthday to one of my favorite NYC dolls – Wendy Brandes! Wishing you a year full of amazingness & success darling 😉 XOXO 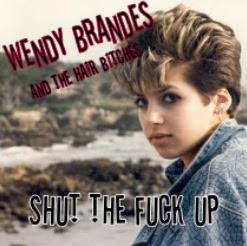 10 Comments on “MG Life: My New York State of Mind is Fabulush NOT Grumpy!”