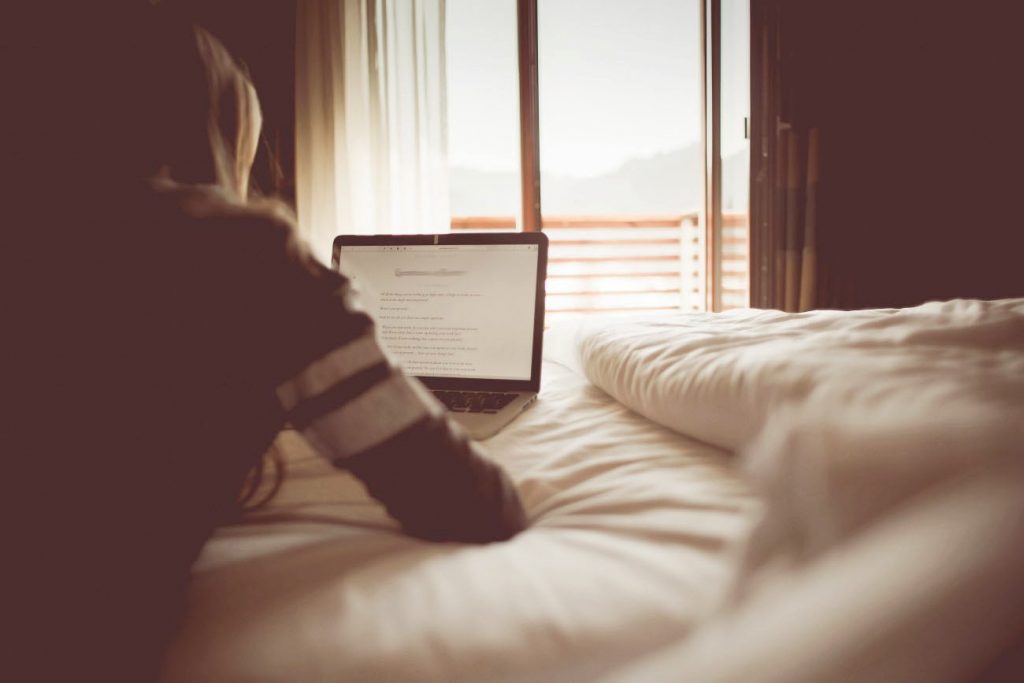 If you haven’t watched MTV’s reality show, “Catfish“, you may not be familiar with the term. A catfish is “someone who pretends to be someone they’re not using Facebook or other social media to create false identities, particularly to pursue deceptive online romances.”* It is a truly fascinating show and they really try to get to the reason why the person does it. I am also obsessed with the show as I have my own catfish story.

It began in 1999, about to start my freshman year of high school.

I had no interest in the boys at my school nor did they have any interest in me. Like all of us, I used AOL Instant Messenger (or AIM) to chat. I ventured into a chatroom where I met my catfish. True story: He was the first guy I sent a real photo of myself. I guess I was a catfish too. I just didn’t think I was pretty enough but anyways for some reason I showed him. He thought I was pretty and thus began a 5 year relationship. It started online and gradually moved to the phone. It was the first boy who showed interest in me so I remember that buzz of excitement every time I knew we were about to talk.

It got even worse when I got my first cell phone.

We would talk for hours. I even chatted with his family. They loved me. Told me how happy I made him. But since he supposedly lived in South Carolina, we never met. We never video chatted. And I only saw one photo. Red flags people! I honestly never considered the possibility that he might not be who he said he was until the show.

After watching season 1 of Catfish, I followed Nev’s tactics to find mine.

He went by the name Demetrius B. Unfortunately, 10 years had pass so I didn’t have the photo or a number. I just searched his name on Facebook and the names of the his siblings (that I could remember). I didn’t find anyone who matched his location or current age. When looking at the siblings, I found one girl who had the same name as one of his sister’s but she had no siblings listed.

I figured I should end my search before I dig up something I didn’t want to.

He could also easily search for me on Facebook (if he remembered to spell my name correctly) but hadn’t, so there must be a reason. I thought “he was just a figment of my imagination and what I needed to get through high school and not having boys wanting to ask me out.” I’ve gotten closure about it. I also think it was a lot easier back then to catfish someone and hopefully I’d be able to spot one now.

Many of the people who get catfished are like me, looking for an outside connection.

They don’t feel like they can talk to anyone around them so they go searching online. And if that persons says what you need to hear then you are hooked. Don’t fall in love with a photo, a voice, a text… fall in love with that person. And if I learned anything watching the show, do a Google image search!

Have you ever been catfished? Did you try to find the person?

Kimberlee blogs about her love of fashion and beauty at I Have A Degree In This!. She’s lived in Midtown Manhattan for 8 years and has tried it all when it comes to dating.

Dating Girl: 5 Ways Looking For A Job is Like Dating