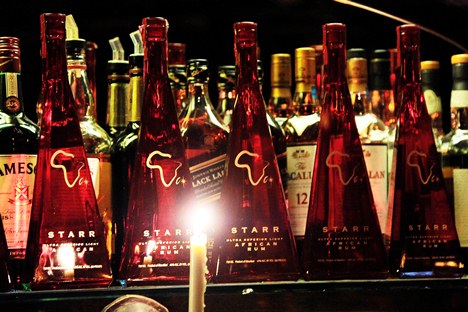 Starr African Rum also served as the official VIP backstage spirit of The Global Citizen Festival concert on September 29th. Its celeb fans include: Leonardo DiCaprio, Justin Timberlake, Jamie Foxx, Mathew McConaughey, Olivia Wilde and of course, the Foo Fighters, whose participation in the festival was precipitated by Co-Founder, Chairman and CEO of Starr, Jeffrey Zarnow.