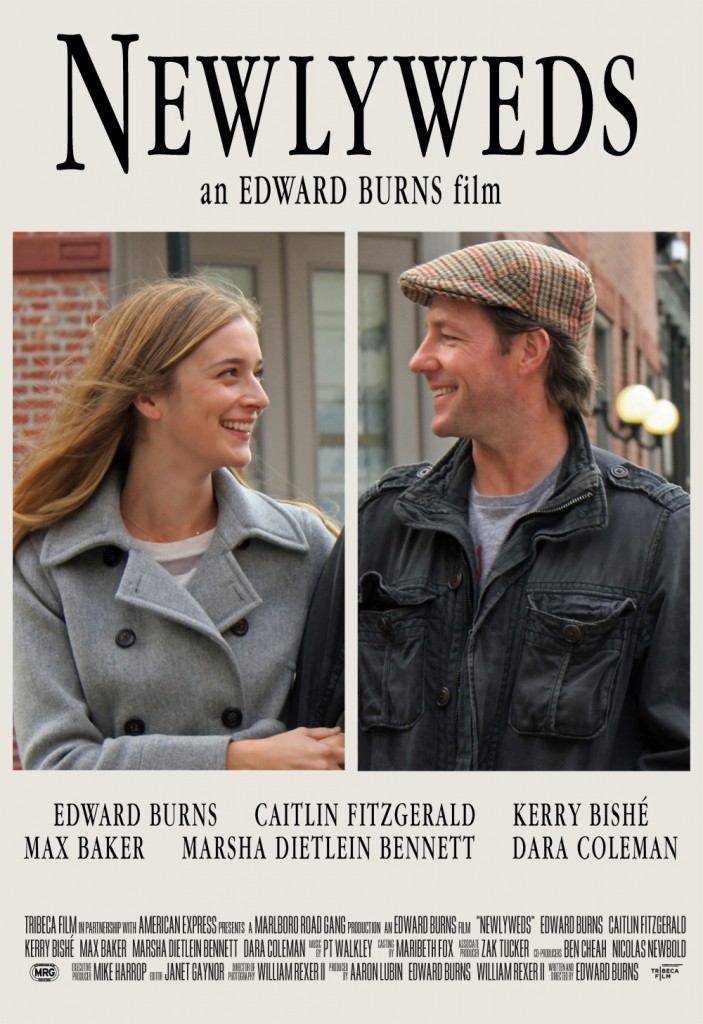 Last week, Midtown Chap & I attended an intimate screening for Tribeca Film’s upcoming release of “Newlyweds” – a film written, directed, and starring Ed Burns. With NYC’s colorful Tribeca neighborhood as the backdrop, we are introduced to Buzzy (Edward Burns) and Katie (Caitlin FitzGerald) as a newly married couple going about their everyday activities: careers, apartment living, dinner at their fav neighborhood restaurant. Things seem to be going well until family issues start to creep in (which happens to most of us – the unwelcome fam-drama!).

The couple’s every day life gets disrupted when Buzzy’s half-sister Linda (Kerry Bishé), a party-girl type with no job or income, decides to crash at their Tribeca loft for an indefinite period. Unfortunately, sibling drama doesn’t end there.

Katie’s sister Marsha, a jaded woman whose happier days are far behind her, is convinced her marriage of 18 years has lost all it’s spark and that her husband has lost interest in her. Her attitude is very “man-haterish” (I hope I never get this way, no matter what my relationship stat is) and projects this onto Katie, thus translating into further stress for the newlywed couple.

Check out the trailer here:

Shot in a documentary format, “Newlyweds” is a welcome change to the ubiquitous romantic-comedies often released during the holiday season.  The film gives us an inside look at how relationships can have their ups and downs (which many of us can relate to) and how sometimes it’s just easier to let other people’s issues be just that – other people’s.

A character-driven film filled with witty dialogue, familiar relationship issues (many of us nudged our significant others while watching relatable moments throughout) and gorgeous shots of NYC, “Newlyweds makes for an entertaining & engaging film perfect for Date Night.